7 Reasons Why You Should Stop Bitching About People On Benefits.

The welfare state is a safety net. It is there to catch anyone who falls on hard times, including you. Say you got hit by a car and were tragically paralyzed from the waist down; the welfare state would pay you a Mobility Allowance so that you could still leave the house. It would pay for any special equipment you needed and a personal assistant to help you go to the loo, bathe and perform household chores. If you lost your job and were unable to find a new one, the state would support you until you were able to find another one. Sounds pretty fair now, doesn’t it?

2. What do you think the other options are?

Let’s be totally selfish here; the other option is that anyone without a significant safety net is made homeless. Two summers ago I worked out that if I took my family out of the picture, I was one month away from homelessness. Two if my landlord felt like being lenient with the rent. Would you seriously prefer that millions of people had to live on the streets (your streets) if it meant that you would have to pay a couple of pence less tax?
As attractive as it is to bluster on about how we should kick everyone off benefits and into paid employment, the jobs situation now is rather like the time my local library gave me an extension on my library books because if I were to bring them all back at once, they would not have room on the shelves. There simply are not enough jobs and due to 'austerity measures', more and more jobs are being lost. The more impoverished the area, the worse the situation.
Job hunting is a soul destroying process. I have been unemployed twice and both times I was spending around four hours a day, five or six days a week job hunting. I had an excellent CV, a whole bunch of qualifications and lots of voluntary work but the fact was that every entry level job on the system was attracting around 150 applications; jobs at places like MacDonalds and Tesco were attracting over 500. It really isn't that simple.

3. Seriously, the amount of tax you pay into the welfare state is a pittance.

Every time I ‘talk’ to people having a winge about their tax going to ‘scroungers’, they seem to have run away with the idea that they, personally are paying for that flatscreen TV they have heard so much about. Your tax goes to pay for many, many things including schools, hospitals, bin collections, roads, the legal system, the royal family, streetlights, the military and right now, for massive corporations like Tesco to get free labor when they should be actually employing people who need jobs. If you earn £20,000 a year, you pay 0.00003066 pence a year to each individual person on unemployment benefit. I don’t imagine you have paid for even 1% of someone’s flatscreen.

4. If your objection is based around a perception that people on benefits are living a life of luxury, then I’m afraid I have news for you.

Being unemployed is not a crime. I know that must come as a shock to you, but I’m afraid it’s true. Every citizen has the right to the same freedoms, rights and basic standard of living, regardless of their personal situation. Your perception  probably came from sensationalist newspaper headlines urging you to grab torch and pitchfork because the Daily Mail found one family who, if you add up and tweak all of the benefits they receive, seem to be receiving a pretty average wage! And the bastards spent it on some really normal things! Kill them!
Words to look out for are ‘flatscreen’ (seriously, when was the last time you saw a TV that WASN’T flatscreen outside of a school science classroom?) ‘laptop’ (how many families do you know who don’t have a computer?) and any references to irrelevant lifestyle choices such as cigarettes, obesity or alcohol. And that large number emblazoned across the top of the page? Before jumping to conclusions, ask yourself some questions:
·      How many people is that split between? Often journalists will find a large family and add up every benefit they claim to make the number a lot bigger.
·      Where are they living? The amount of housing benefit paid to each family depends hugely on what part of the country they are living in and the size of house.
·      Is the article comparing like with like? I have seen many, many articles that compare an ‘average working wage’ for one week with a jobseekers payment which is paid fortnightly or the total yearly benefit payment for a whole family with the average monthly wage for a single earner. This is because the papers know that if they tell you that a jobseeker is typically expected to get by on around £50 a week, even in London, they don’t have a story.
Just as the NHS has no right to refuse to treat your brain tumor because you enjoy a drink on the weekends, you have no right to dictate how benefit claimants spend their money. Benefit claimants are not being punished and if you think they should be, go away and have a good long think about why.


5. But I work for my money and I can barely make ends meet! Why should I pay for them to sit on their arses?’

This is one area where you may have a serious point-not about benefit claimants, I’m afraid you are probably still being a bit of a cock-but you are right about one thing. You absolutely should be earning the same if not more a year than someone claiming benefits. Why aren’t you? Because in most parts of the country, minimum wage does not equal living wage. Particularly in the current economic climate, the cost of living is rising much faster than the minimum wage. The independently calculated living wage would put most people at around £2000 a year better off; unfortunately, very few businesses pay it.
THAT is something to get angry about. A popular rhetoric employed by Irritable Duncan Syndrome, one of my favouritest Tories in the whole wide world is that people are not taking or looking for certain jobs because they feel they are above them. He's in the right ballpark, but he came in from the wrong dugout.
The reason people feel that many minimum wage jobs are beneath them is that they are hard work, dull, demoralising and generally unpleasant and then on top of that, you still have to go home and choose between putting the heating on and having three meals a day. If I could earn enough to comfortably pay my rent, utilities and food bills and put a little bit aside for emergencies  I would happily clean toilets for eight hours a day.

6.  Benefit claimants are not criminals.

I know I already said this, but it bears repeating. There are two prejudices here; firstly that the act of claiming benefits is in itself inherently criminal and secondly that people on benefits are inherently criminal. The first one is so ridiculous I’m not even going to bother; if you seriously believe this, you are so far gone as to be beyond saving.
The second one is a bit more interesting. I read a story in The Express yesterday about a woman who had carried out a reign of terror against one of her neighbors; she was a thug and a bully and made this poor woman’s life hell. A sad story you’ll agree, but hardly something for the front page of a national newspaper. But there was one key fact that made this story particularly newsworthy and that was the fact that this woman was ON BENEFITS and the woman she was harassing was A VETERANS WIDOW.
This was such a grossly transparent manipulation that it genuinely stopped me in my tracks. It very clearly highlighted the shorthand of prejudice; the headline may as well have read ‘SLYTHERIN WAS MEAN TO GRYFFINDOOR!’, the caricatures are so firmly entrenched in the political and journalistic canon.
Politicians need you to think that these people are feckless and undeserving so they can get away with slashing the welfare state; Journalists need you to believe this so they can continue printing lazy, knee-jerk puff-pieces. Screw the lot of them over by remembering that all people are just people and a percentage of all people are dicks; I’d be more worried about what the rich and powerful dicks are doing.

7.  Supporting the most vulnerable in society benefits everybody

Poverty isn’t good for anyone. (Apart from the economic elite, who need
people willing to polish the parquet for a pittance). Impoverished people are less likely to invest culturally, socially or creatively in their community. Poverty affects the health, education and prospects of the people caught in its trap. It breeds resentment and apathy.
It is crunch time; do you want a society where everybody is empowered to contribute, where people value their communities and incentives to commit crime and behave antisocially are greatly reduced? Or do you want to punish the poor, the disabled and the downright unlucky because, eewww poor people are so last century? 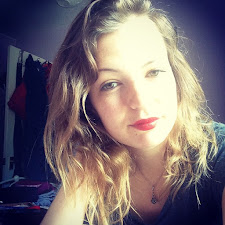 I write about science, politics and miscellaneous frivolity. I use the semi-colon excessively and the English language erratically.
DISCLAIMER: I make every attempt to do appropriate research and provide sources where possible but I often tackle subjects about which I have little direct expertise. If you feel I have gotten my facts wrong or you disagree with my treatment of a topic, drop me an email at sorrelish @ yahoo .com